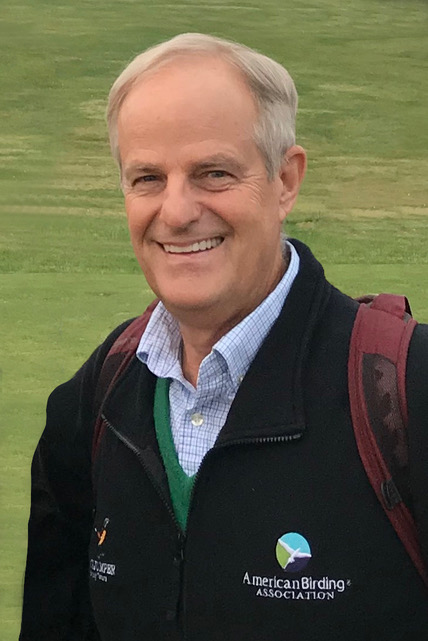 THIS IS A VIRTUAL PRESENTATION BY THIS YEAR’S BANQUET SPEAKER.  YOU MUST REGISTER FOR THIS EVENT, SO PLEASE GO HERE:

Register in advance for this meeting:
https://zoom.us/meeting/register/tJMpf-GupjIvGNxwIeHXPluwmeG63sjP2e8w

After registering, you will receive a confirmation email containing information about joining the meeting, and you may also receive something interesting via snail mail!  NOTE THE EARLY START-TIME for the Virtual Banquet, which will allow some socialization before President Widdop begins the formal banquet festivities at 7:00pm

One of the world’s top birding listers shares stories and images from a lifetime of birding. He has birded on seven continents and his journey continues….

Peter is a world-renowned, independent birder who has spent a lifetime sharing his passion for birds with others.

Always a birder, Peter’s first international trip was at age nine in 1962, when he visited the Bahamas.  Since then, he has birded in 179 eBird “countries” and currently has eBird’s biggest world life list (9261).  His IOC list stands at 9459 as of September 2020.  Peter is also recognized in the Guinness Book of Records as the first person to see a representative of every bird family in the world.

After receiving a degree in Biology at Cornell University (where he was an ornithology teaching assistant), Peter served in the Peace Corps in Zaire as a secondary-school science teacher.

During his 36-year career as a U.S. diplomat (1980 -2016), he helped negotiate the UN Desertification Convention in 1994 and a protocol amending the 1916 Migratory Bird Convention with Canada in 1995.  He represented the United States at Conferences of the Parties to the Ramsar Convention and the Convention on International Trade in Endangered Species of Wild Fauna and Flora (CITES).

Peter has lived in 12 different countries,  has contributed to the scientific knowledge and conservation of birds, led scores of bird walks and tours, and authored dozens of articles. He re-discovered several birds in Colombia and Ecuador.  But the highlight of Peter’s birding career came in 1989, when he was living in Bogotá.  Just 50 kilometers east of the Colombian capital, he discovered a new bird – an antpitta named in his honor: Grallaria kaestneri.

Peter has lived in India three times: in 1967-1968 as a member of a USAID family in New Delhi (and school attender at the American International School), in 1981-1982 as a ‘visa wallah’ at the U.S. Embassy in New Delhi, and in 2006-2009 as Minister-Counselor for Consular Affairs for India – responsible for all consular operations (including visas) for the entire country.  Peter has visited all corners of India and has seen almost 1000 different species here.

Since his retirement in August 2016, Peter has become a full-time birder, striving to be the first person to see 10,000 species. Peter gets the most satisfaction from sharing his passion for birds through involvement in local bird clubs, leading bird walks and tours, and giving illustrated lectures on birds around the world.