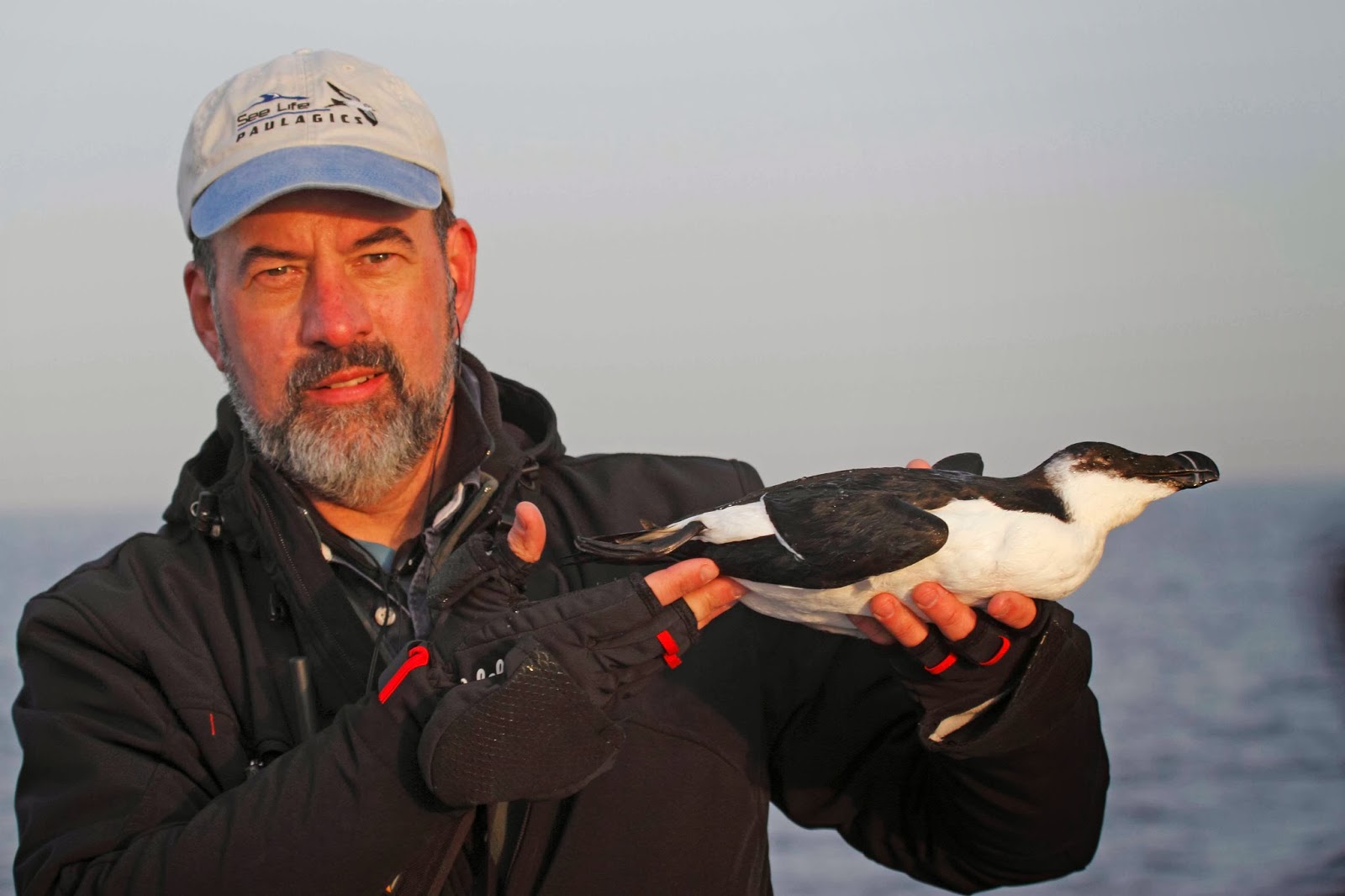 Over the years See Life’s trips have turned up a number of pelagic discoveries including rarities, high counts, identification tips, habitat requirements, and behavioral traits. This program explores a range of these discoveries in the Mid-Atlantic pelagic region. Examples include rarities like Western Gull and Fea’s petrel. Birds like Band-rumped Storm-Petrels, once considered to be incredibly rare in our area, turn out to be regular and even expected in the right areas at the right time of year. Dovekies have a highly specialized requirement for feeding that makes them generally easy to find. Don’t expect a dry, data driven presentation, do expect a lot of photos, and do expect a fair share of not so serious moments.

This meeting will be held in the BEES classroom.

Paul Guris has been birding since age 12 which is longer ago than he cares to admit. His first boat trip on salt water was in his mother’s third trimester. He has traveled the nation and several countries in Central America and Europe seeking out landbirds but the pelagic species always call him back. He has served on both Pennsylvania and New Jersey’s rare bird records committees, captained the multi-year NJ Audubon World Series of Birding winning team the Nikon/DVOC Lagerhead Shrikes, and served a variety of positions including president of the over 125 year old Delaware Valley Ornithological Club.

Paul organized pelagics out of New Jersey as far back as the mid-1980s and he has lead for several other tour companies. In 2002 Paul and his wife Anita started their own pelagic tour company called See Life Paulagics to provide greater opportunities in the Mid-Atlantic region. They run trips sailing out of New York, New Jersey, Delaware, and occasionally other places. The thrill of discovery and a love of the sea keep the excitement going even after all these years.