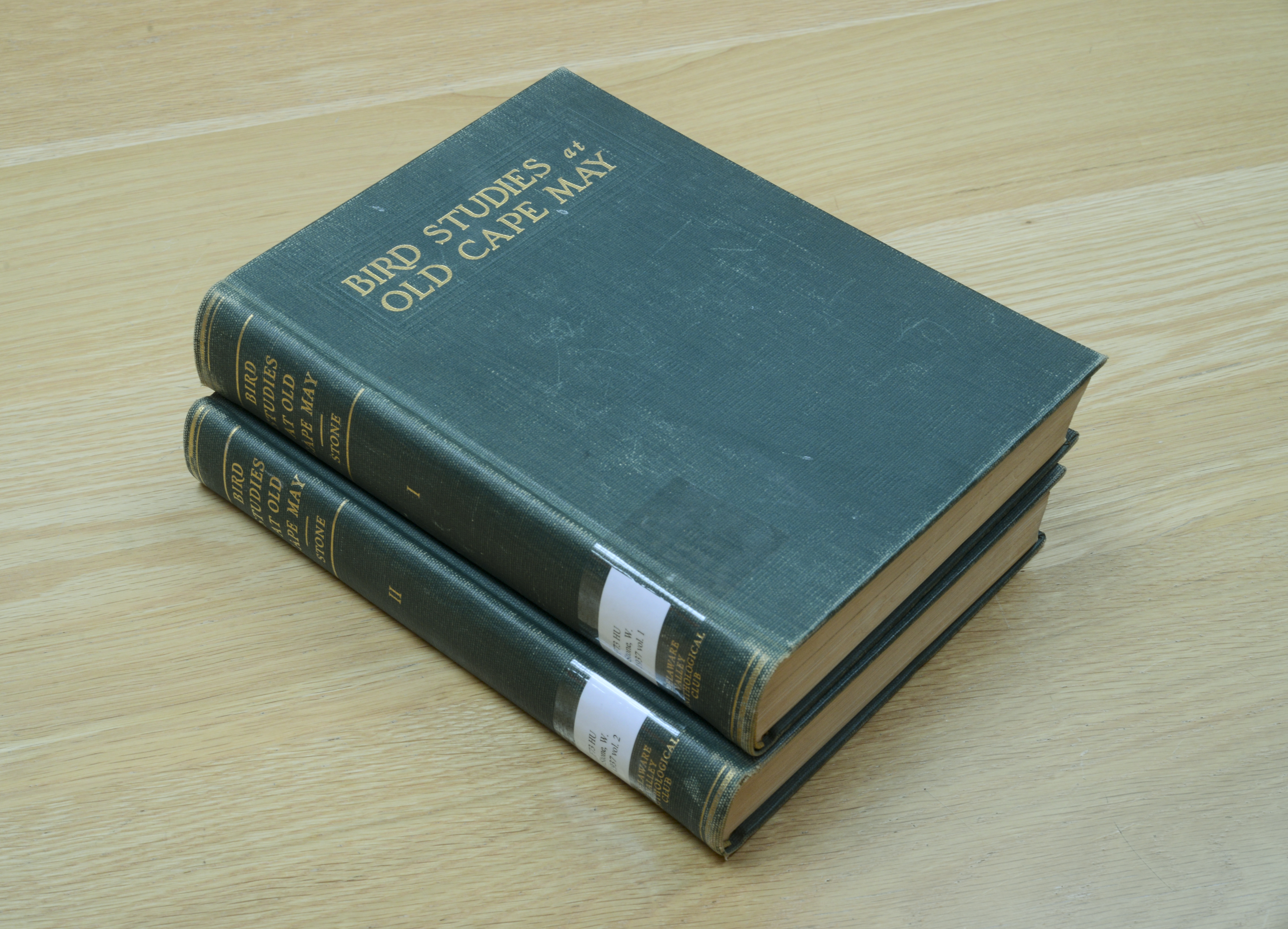 We all may have our own definitions about what constitutes a birding Holy Grail.

For many eastern Pennsylvania and New Jersey bird watchers, one particular Holy Grail may be the original first edition Set No. 1 of Witmer Stone’s masterpiece, Bird Studies at Old Cape May.

On Dec. 15, 1937, Stone hosted in his home 13 of the major contributors to his Bird Studies for a pre-release get-together and book signing.

As the late Sandra Sherman’s Cassinia article “Tracking Stone’s Tome” highlights, each of the 1,400 first-edition sets was consecutively numbered, and the first 13 were given to the birders, artists, and photographers who assisted Stone in his epic endeavor.

Stone signed and gave to his wife Lillie Set No. 1.  Artist Earl L. Poole received Set No. 2. And artist Conrad Roland was presented Set No. 3.

After Lillie’s death in 1940, Set No. 1 had taken a circuitous journey throughout the East Coast before landing in 2015 in the collection of the Berks History Center in Reading, Pa.

Set No. 2 had always been in the Poole family in Reading and Berks County but has recently been donated by his son Joe to the Academy of Natural Sciences.

Set No. 3 had been unaccounted for since Roland’s death in 1957 but resurfaced earlier this year and was acquired by Reading Eagle photo editor and columnist Bill Uhrich.

For the first time since that 1937 get together of the Delaware Valley’s legendary birders and artists, all three sets will be reunited and displayed at the Delaware Valley Ornithological Club’s special meeting at the Academy of Natural Sciences.

Poole’s original frontispiece osprey painting along with a selection of his and Roland’s line drawings found in Bird Studies will also be on display.  Included will be several of Roland’s drawings that didn’t make the cut.

Join Bill Uhrich to learn about the journeys these sets have taken along with anecdotes about the personalities involved in their possession throughout the last 80 years.

And finally check off one of your Grails!

Bird specimens collected by and for Witmer Stone for the book will be on display courtesy of the Academy’s Ornithology Department.

This event will be held in the Reading Room and limited to 75 attendees. This is a free event open to all DVOC members and non-members.